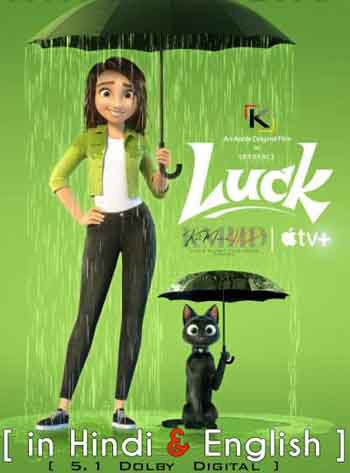 Greetings again from the darkness. “Find a penny, pick it up, and all day long you’ll have good luck.” That’s how the old saying goes, and it plays a prominent part in this first animated feature film from Skydance Animation. Directed by former Disney animation choreographer Peggy Holmes, and co-written by Kiel Murray (CARS, 2006) and writing partners Jonathan Aibel and Glenn Berger, who teamed on the “Kung Fu Panda” franchise (as well as other projects), the film’s approach shifted when Skydance hired John Lasseter as head of animation. You may know Mr. Lasseter as the creative force behind Pixar and such groundbreaking films as TOY STORY (1995), but he’s also the guy that faced multiple accusations of workplace sexual impropriety and left Disney Pixar in late 2017. His Skydance hiring brought a change of director to the project, and was the reason Oscar winner Emma Thompson recused herself, replaced by Oscar winner Jane Fonda, who evidently had no such qualms about working for Lasseter.