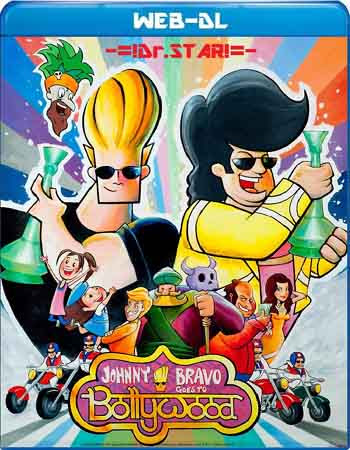 Story… After watching a True Hollywood Stories-type documentary in which he is considered a forgotten star, Johnny Bravo travels to Mumbai, the entertainment capital of India, to prove himself he is still popular, confusing Bollywood, India, with Hollywood and Indiana respectively. Eventually Johnny finds himself in the middle of a murder plot to kill Bollywood’s greatest star, Jiggy (Johnny’s Indian equivalent and rival).

Johnny Bravo in my opinion was a pretty funny show, but it was a pity when the show went extremely downhill and became bad, not awful but hard to laugh at. I haven’t really seen the show for a very long time but I still remember all the gags and humor and the characters that appeared. The first season was witty and funnier but when Van Partible left the show came new episodes with new style and new but uninteresting characters (i.e. Carl and Pops). And then the show had for the third time a new style that utilized old materials but the episodes where rather uninteresting too.